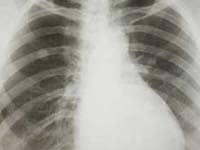 If you've been diagnosed with lung cancer, it is important that you have representation from experienced lung cancer lawyers. Lung cancer is a form of cancer that impacts the lungs, which are the organs that we breathe in and out with. Lung cancer is the most common cancer to cause death in the United States and this statistic is particularly heart-breaking because in most cases lung cancer is completely preventable.

It is generally caused by asbestos exposure. In most cases, lung cancer is caused by smoking cigarettes, a decision that many people make for themselves that they later regret.

Though every diagnosis of lung cancer is tragic, the most tragic are those where the person who has the disease was exposed through no fault of their own, like employees on job sites where asbestos was commonly used.

Asbestos is a naturally occurring material that was used for centuries to insulate and strengthen manufacturing and building products. It is known for fireproofing, heat resistance and was used in everything from schools to ships.

Unfortunately, dust from asbestos can cause a variety of serious and fatal lung diseases, many of which end up leading to lung cancer. In far too many instances the exposure to the dust was imposed on workers by employers who knew that they were putting their employees' health at risk, but didn't warn or protect them.

In instances such as these, employees are often able to hold their employer responsible for their condition, and the law firm of Danziger & De Llano can help.

Asbestos has been proven to be a carcinogen, and the most common cancer caused by exposure to asbestos is Mesothelioma, a rare form of cancer that impacts the lining of the lungs, the diaphragm and the stomach. The facts of the health risks of asbestos are so well proven at this point that there are many family members of asbestos workers who have also been diagnosed with mesothelioma or lung cancer simply by virtue of being exposed to the asbestos dust on the clothing of their loved ones.

Asbestos can also cause cancer in other organs and in other ways, including stomach cancer and lung cancer. It also causes a chronic condition called asbestosis which is a scarring and thickening of the lungs; though asbestosis does not cause cancer, it has been determined that patients who have asbestosis have a high likelihood of later developing lung cancer. Exposure to asbestos can happen in a number of different ways because it not only occurs naturally in the environment but also because it was traditionally used in so many different applications.

Asbestos was used to insulate homes, school buildings, and libraries; it was used to reinforce concrete and to insulate home appliances like hair dryers. It was a major component of ship building and in the brake lining of tires. Despite our advanced knowledge about the dangers of this material, it is still in use. Federal law passed in 1989 prohibited its use in any new applications, but it did nothing to stop its use in existing businesses.

Beyond that, asbestos that is currently in buildings may be safe if it is well contained and confined. However, the incidence of it breaking down and entering ventilation systems and the air that people are exposed to is on the rise; also, when buildings are demolished, whether purposefully or because of catastrophes or fire, it poses a risk. There are major concerns about lung cancer developing in large numbers in lower Manhattan as a result of the 9/11 catastrophe at the World Trade Center; that building was constructed using asbestos, and a layer of asbestos dust blanketed the city for weeks afterward.

If your Lung Cancer is caused by Asbestos, Help is Available

Many people who have developed lung cancer and who were exposed to asbestos or other toxic substances during their working years are able to pursue a legal claim against their employer. Employers were aware of the risk and the exposure could have been prevented by something as simple as protective clothing or equipment. A lung cancer diagnosis requires immediate and extensive medical treatment and will likely keep you out of work for a very long time, if not permanently. The bills for the care that you are likely to undergo will get very high, very fast.

We're here to help you and your family in your time of need. We'll gladly help you find answers to your questions or assist you in filing your claim today. Call us 1-866-222-9990 or fill out this short form short form today.

We'll contact you to discuss in private and confidentially the details of your case and let you know what to expect if you are eligible for compensation.

We are a law firm dedicated to helping businesses, individuals, and families. We are committed to providing superior client service through personal attention.