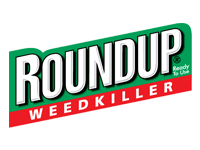 The toxic weed-killer Roundup Weed Killer has been declared a "probable human carcinogen" by the World Health Organization (WHO). Studies have found evidence linking Roundup to cancer like non-Hodgkin's lymphoma, multiple myeloma, and leukemia.

Farm worker and others in the agricultural industry are at risk to developing cancer from exposure to Roundup Weed Killer.

If you have been diagnosed with lymphoma cancer and were exposed to the Roundup weed killer you may be entitled to significant compensation.

Roundup has been on the market since the 1970s and is one of the most widely used herbicides in the world. However, a number of studies over the years have expressed serious concerns that Roundup may cause cancer to those exposed to the product. These include:

The use of Roundup exploded in the 1990s, when Monsanto started selling genetically-modified (GMO) corn, soy, and cotton seeds that were engineered to resist its active ingredient, glyphosate. Today, glyphosate products are used on over half of American croplands and generate over $6 billion in revenue for Monsanto every year.

We're here to help you and your family in your time of need. We'll gladly help you find answers to your questions or assist you in filing your claim today. Call us 1-866-222-9990 or fill out this short form short form today.

We'll contact you to discuss in private and confidentially the details of your case and let you know what to expect if you are eligible for compensation.

We are a law firm dedicated to helping businesses, individuals, and families. We are committed to providing superior client service through personal attention.